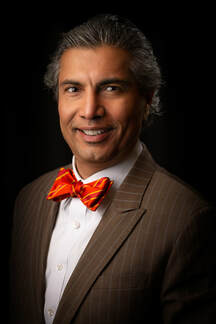 ​Rakesh Jain, MD, MPH, is a Clinical Professor at the department of Psychiatry, at the Texas Tech University School of Medicine in Midland, Texas and in private practice in Austin, Texas.

He served a three-year residency in Psychiatry at the Department of Psychiatry and Behavioral Sciences at the University of Texas Medical School at Houston. He followed that by obtaining further specialty training, by undergoing a two-year fellowship in Child and Adolescent Psychiatry. In addition, Dr. Jain completed a postdoctoral fellowship in Research Psychiatry at the University of Texas Mental Sciences Institute, in Houston. He was awarded the “National Research Service Award” for the support of this postdoctoral fellowship.

Dr. Jain has been involved in well over a hundred research projects studying the effects of medications on short-term and long-term treatment of depression, anxiety, pain/mood overlap disorders, ADHD, and psychosis in adult and child/adolescent populations. He has presented at the World Psychiatric Congress held in Prague, and at the Depression and Pain Forum meetings in Costa Rica, Singapore, Hong Kong, Indonesia, Malaysia, Greece, Brazil, Portugal, United Kingdom, and Argentina. He is the author of fifty-five articles published in various journals and magazines, such as Journal of Psychiatric Research, Journal of Clinical Psychiatry, among others, and has presented over twenty-five original research posters at various meetings such as the APA, ACNP, AACAP, US Psychiatric Congress, etc. He has co-authored six books that range from patient education, to cutting edge neurobiologic findings in psychiatry and mental health.

He serves on several Advisory Boards focusing on drug development and disease state education. He was also recently the Chair of the US Psychiatric Congress, held in Las Vegas, and for several years has served as a member of the Steering Committee for US Psychiatric Annual Congress. He is a recipient of “Public Citizen of the Year” award from the National Association of Social Workers, Gulf Coast Chapter, in recognition of his community and peer education, and championing of mental health issues. He was also recently awarded the “Extra Mile Award” by the school district, in recognition of the service to the children of the school district, and consultation to the teachers and counselors.  At a U.S. Psychiatric Congress, held in San Diego, California, he was the recipient of “Teacher of the Year Award.”
CLICK FOR RESUME